I survived! it's been a week or so since i've update... womp womp. But i survived the knee armageddon brought on by the hands of Kelly Doty. Not healed yet so no pictures. It's been hard taking a week off of Crossfit... even though i haven't done it for all that long, the stuff's addicting.

Here's a cityscape or city of  zombies sleeve tattoo that i started the other night. For this session I just sketched in the main shoulder and outside of the upper arm. The end product will be a fully rendered in color. Also for this session I didn't put in the flaming falling zombie from the exploding building above... it'll be placed right behind the "BURGER KING ZOMBIE! KING OF THE ZOMBIES!!!" 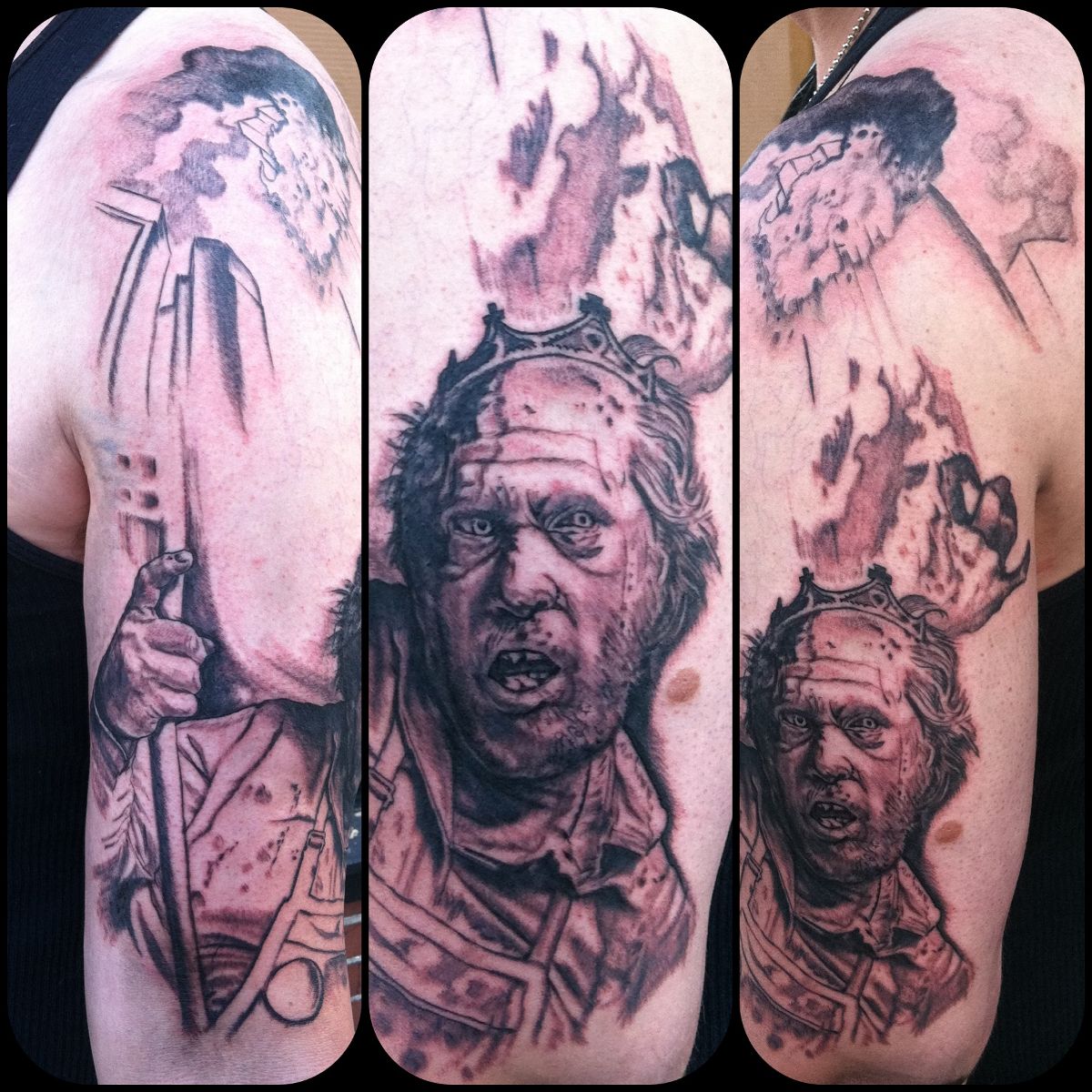